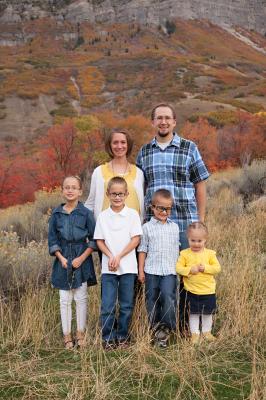 Merry Christmas everyone! We were talking the other night about what a crazy year it has been. We started out last year rebuilding the boys closet. It was huge, but only had one set of doors to get in. We could only use half of the closet, so we decided to do an overhaul. 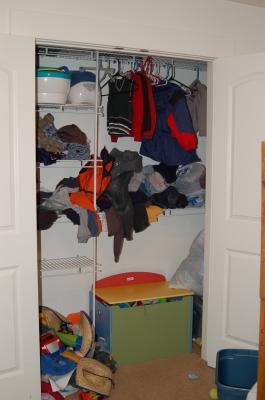 And just about the time we got that done, we decided to move. And that has pretty much consumed our lives for the rest of the year.

We've loved being in Spanish Fork and have made lots of good friends and loved the feel of the town, but with me working at home and four busy kids we were really busting at the seams in our townhome and after many prayers, a lot of exploring and looking at houses, and a great deal of divine guidance along the way we decided to build a home in Payson, UT. As far as moving and building a home goes we think it went pretty smooth but it wasn't without challenges.

After prepping the townhome for selling and waiting for someone to bite we had a wedding in South Dakota and took the chance to see Mount Rushmore and some of the sights in the area and then went to Colorado for a couple weeks. It was good to spend the time with family there and at the end of the trip we got an offer on our place. 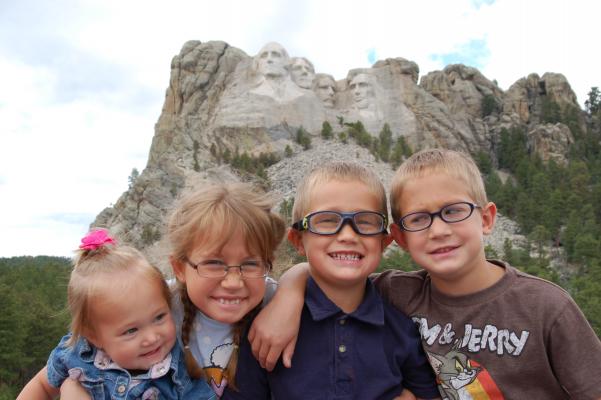 When we sold our townhome there ended up being a gap between moving out of our old place and into the new one so we took our neighbors, the Wards, up on their very generous offer to let us live in their basement until our house was finished. Another neighbor offered their garage to store our stuff in so we were set. We were hoping it would only be about a month, but part way through the federal government shut down.Our loan was available as part of a federal program, and so our loan was delayed. At the time we had no idea how long it would take for the government to open up. Towards the end it really came down to when the loan came out of the black hole of government approval we'd be able to sign on the new house.

On halloween as I was finishing up work for the day and Shauna and the kids were getting ready for the nights activities she got a call saying everything was ready and we could sign. And oh, by the way, it would be the next day. We scrambled to arrange things and after trick or treating and everything else on halloween night, we realized the best chance for us to move was the next night, right after signing.

So that put things into play for nothing short of a miracle. We put out the word in our old and new wards and to friends and neighbors. After picking up the truck on the way back from signing, there were just the right number of willing volunteers at just the right times to be able to move everything that we needed and we finally got into our new home. 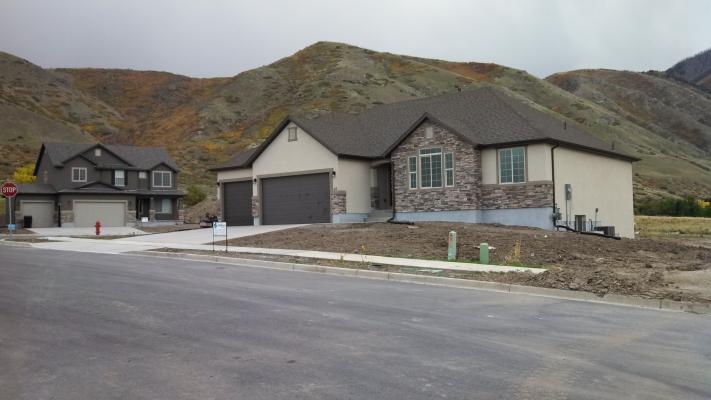 After moving in we were scrambling to get as much of the yard situated including some retaining walls put in before the winter weather arrived. We got a good start and now that the snow is here we have been working on the insides with putting up shelves and getting organized.

I've been trying to learn some woodworking skills and the kids have been loving the yard, dirt hills out back, and lots of neighbors to play with. Shauna has done a great job of taking care of things around the house and getting us unpacked. We even managed to get Christmas lights up outside and the decorations up inside.

It's taken a little time but we're definitely feeling more settled as time goes on and we're excited to be celebrating Christmas in our new home with more room enjoy the festivities.

Some days there is just a lot of stuff going on. Today is one of those days. The whole last week actually. It's amazing how things can change so quickly.

Through it all, I am so thankful for a loving Heavenly Father, the ability to pray for guidance, for His sweet peaceful answers through the Holy Ghost, and for my wonderful wife.

I'm Peanut Butter and You are Jelly

A number of years ago my friend taught me a song that he learned from his uncle who learned it from the guy that wrote it that was in BYU Men's Chorus with him. At the time no one had heard it and we worked out our own chords and strumming to it. Since that time is has become a family favorite that gets played almost every time the guitars come out.

Also since that time Inside Out, an A Cappella group from our area, actually published it on one of their CD's. I've still never figured out who actually wrote it, but was asked for the chords and lyrics so I wrote them down as I play them. And since I have them all typed up and prettified I figured I'd share them so others can enjoy them.

Lyrics and chords are available here

Here's the YouTube video I made of the finger picking and strumming I do.

A note about the second verse, my favorite kind of jam/jelly is strawberry so I took the liberty of switching strawberry and rasberry, if you're one of those crazy misinformed people that think rasberry is best feel free to switch it back. If you have to... :-)

2013-08-15 Update: I just found out that it was written by Ron Ahrens and was originally released on the album Smile by The Ahrens Band and is available on iTunes.

Thanks largely to Shauna and a few hours of dedicated work on it the photos have been updated and we have lots of new stuff. We're not exactly very good at documenting our crazy busy lives so that's about as good as it gets for now. Oh well, better late than never and certainly better than nothing.